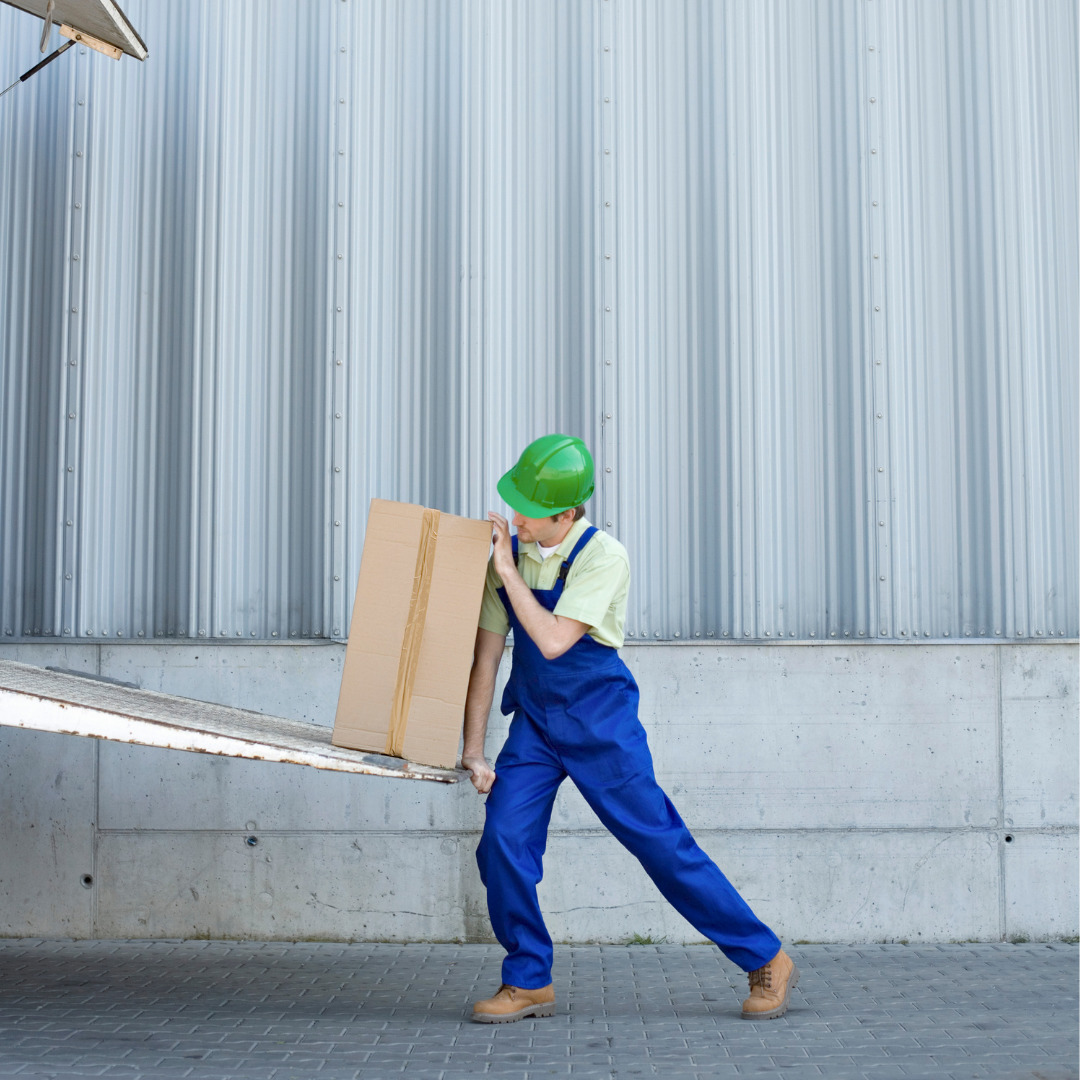 What are the differences between liftgates and ramps?

According to Transport Topic News:

“Liftgates, once beset with maintenance and power problems, largely have overcome those issues and are being used to help deliver more freight faster while preventing driver injuries, industry experts said.

“Ramps, on the other hand, remain useful in specific applications, such as moving lightweight loads or loading and unloading without a dock.

“The company uses liftgates for its special products business, which Quinn said includes a lot of heavy machines.

“’We have liftgates on about 20 of our 85 trucks, which include heavy-duty and medium-­duty models,’ Quinn said. ‘They’re very handy, and they last a long time — at least 10 years — and they run off the truck batteries with no charging assistance.’

“’We don’t use ramps because we can lift heavier loads with liftgates, and they’re ­safer for our drivers to operate,’ said Lee Long, director of fleet services at Southeastern Freight Lines, a less-than-truckload carrier based in Lexington, S.C. ‘When you have to drag a ramp out and lift it up to the trailer, it creates a whole different situation.’

“The company hauls loads that are usually heavy, such as pallets of ceramic tile or chemicals for swimming pools, ‘and our liftgates are working all day,’ Long said.

“Southeastern Freight Lines has liftgates on about 400 trucks and 1,400 trailers of varying lengths. Most of its liftgates are Tuk-A-Way from Maxon Lifts, which fold and stow beneath the truck body.

“Ramps often are used in food and restaurant applications, ‘where you’re running lettuce into a restaurant and a dock isn’t available,’ Long said. ‘But with a ramp, you need 10 to 15 feet of space behind the truck. With a liftgate, it’s about 5 feet.’

“Bruce Purkey, founder and former chief creative engineer at Purkeys, a manufacturer of liftgate charging systems, said that over the past 10 to 15 years, the number of trailers with liftgates has skyrocketed.

“He said the driver shortage and hours-of-service regulations that limit drivers to 11 hours of driving have contributed to this trend.

“’Beverage companies used to have their drivers rolling up doors everywhere,’ said Purkey, now retired. ‘Now they go to ­Costco and Walmart and other big stores, and they’ve already got everything banded into pallets,’ he said, noting they use electric pallet gates, electric pallet jacks and a liftgate to deliver everything in a short amount of time.

“Kurt Walker, a spokesman for Anthony Liftgates Inc., said fleets should consider switching from ramps to liftgates if the ­cargo being moved is larger or heavier than what can safely be handled on the walk ramp.

“’Ramps are a great fit for hand trucks full of light cargo, but anything larger may call for a liftgate,’ he said. ‘A few boxes at a time can be handled with a walk ramp, but even lifting small loads manually can cause injury.’

“Bill Margroum, general manager at Leyman Manufacturing in Cincinnati, a maker of liftgates, said some fleets use ramps simply because they can be faster.

“‘You can go up and down one in 3 to 4 seconds,’ he said. ‘But, a big advantage of liftgates is driver retention.’

“’Asking a driver to go up and down a ramp with all these loads is hard on the knees and the back — and fleet customers have told me if you have just one back injury, the workers’ compensation costs can be astronomical,’ said Margroum, who noted, however, that injuries can occur with liftgates too.

“Before choosing a liftgate, Walker said fleets should consider its compatibility with their trucks and applications.

“’Are cart stops needed? How big must the platform be? How important is weight and corrosion resistance? These are some considerations,’ he said.

“Fleets also should think about the climate in which the liftgates will operate, how many cycles they will perform in a typical day, week and month, and whether the power system chosen to operate it is a good fit for the truck, Walker said.

“Bosque Brewing Co. in Albuquerque, N.M., uses ramps to walk kegs with a hand truck to its Sprinter van and two small trucks. But the company recently bought a new box truck and installed a Tommy Gate-brand 3,000-pound capacity, high-cycle rail gate on the back of it.

“’The liftgate on our old truck wasn’t long enough, and it couldn’t handle enough weight,’ Logistics Manager Steve Rodgers said. ‘I wanted to put a ton of beer on it and not have it give one bit.’

“The previous liftgate also folded in an awkward fashion.

“’To unload it, you had to unfold it and get it even with the bed of the truck to get things off it,’ Rodgers said.

“Bosque Brewing delivers more than 200 kegs of beer a week to five taprooms and one distribution center. Each keg weighs 160 pounds, adding up to some 16 tons of beer moved weekly. The new liftgate that is used operates off the truck battery and doesn’t require a lot of maintenance, Rodgers said.

“Maintenance is another consideration.

“’We’ve found that in a typical environment, 3,000 lift cycles puts you at quarterly maintenance,’ Leyman’s Margroum said. ‘At that point, you lubricate all moving parts, check for broken welds and physically examine the chains.’

“Liftgate hydraulic systems, meanwhile, should undergo a change of hydraulic fluid every year or two.

“’Fluids can break down, and contamination from water or particulate matter can damage hydraulic components, so an occasional flush is not a bad idea,’ Walker said.

“Drivers also should examine the liftgate during the daily pre-drive inspection, he said.

“’In some applications, liftgates run for years with minimal maintenance, while others require regular service,’ Walker said.

“Meanwhile, Serena Van, a spokesperson for Vestil Manufacturing, which makes loading-dock and material-handling equipment, said ramps are designed for applications that lack loading docks or require the handling of mixed cargo.

“Made of steel or aluminum, and moved from place to place with a forklift, yard ramps can have a 30,000-pound capacity and cost up to $20,000, Van said. ‘These are typically used at warehouses and kept on-site for loading heavy machinery or construction material.’

“Walk ramps, by comparison, usually are made of aluminum alloy to be lightweight and easy to handle, Van said. Weighing 50 to 100 pounds, these ramps often can accommodate more than 2,000 pounds, stow beneath the truck body on special brackets and cost from $400 to $1,200.

“’Each type of ramp has a different application,’ Van said.

“Back to liftgates, Walker said the priority consideration should be capacity.

“’A liftgate must be rated to handle the highest load it will ever see, and it’s not a bad idea to oversize a little,’ he said. ‘A 2,000-pound model will handle 2,000 pounds — but if it will be loaded to that weight often, sizing up to a 2,500 or even a 3,000-pound model will increase the life expectancy of the liftgate, and the user will be happier with the performance.’

“The second consideration should be liftgate type.

“Walker said tuck liftgates are the most popular and stow beneath the rear of the vehicle when not in use, providing full access to the rear door.

“’These are well-suited to dock-loading but do require ample space behind the vehicle axles and sufficient bed height to fit beneath it,’ he said.

“Rail lifts, meanwhile, mount to the rear of the vehicle frame, move straight up and down and may fold against the back of the truck when not in use.

“The downside: Some models can restrict rear-door access by blocking the doorway, he said.”

Liftgate Service: What is It, and Why Do You Need It?

PRACTICAL WAYS TO CARE FOR YOUR BOX TRUCK LIFT GATE